I’ve been a derelict and delinquent blogger. I probably could never make a career of it, being a dedicated content creator who actually updates at least once a week. Not with a full time job, writer’s block, and lots of other things to be distracted by. Good thing I never wanted to be one of those lifestyle bloggers who develop themselves into a personal brand. That would potentially require having to go to things like networking events and all that. Yuck. Anyway, I’ve gone far longer between updates. For now, here are three recent recipes of mine: a savory bread pudding and two cocktails.

On the Plate: Caprese Bread Pudding. 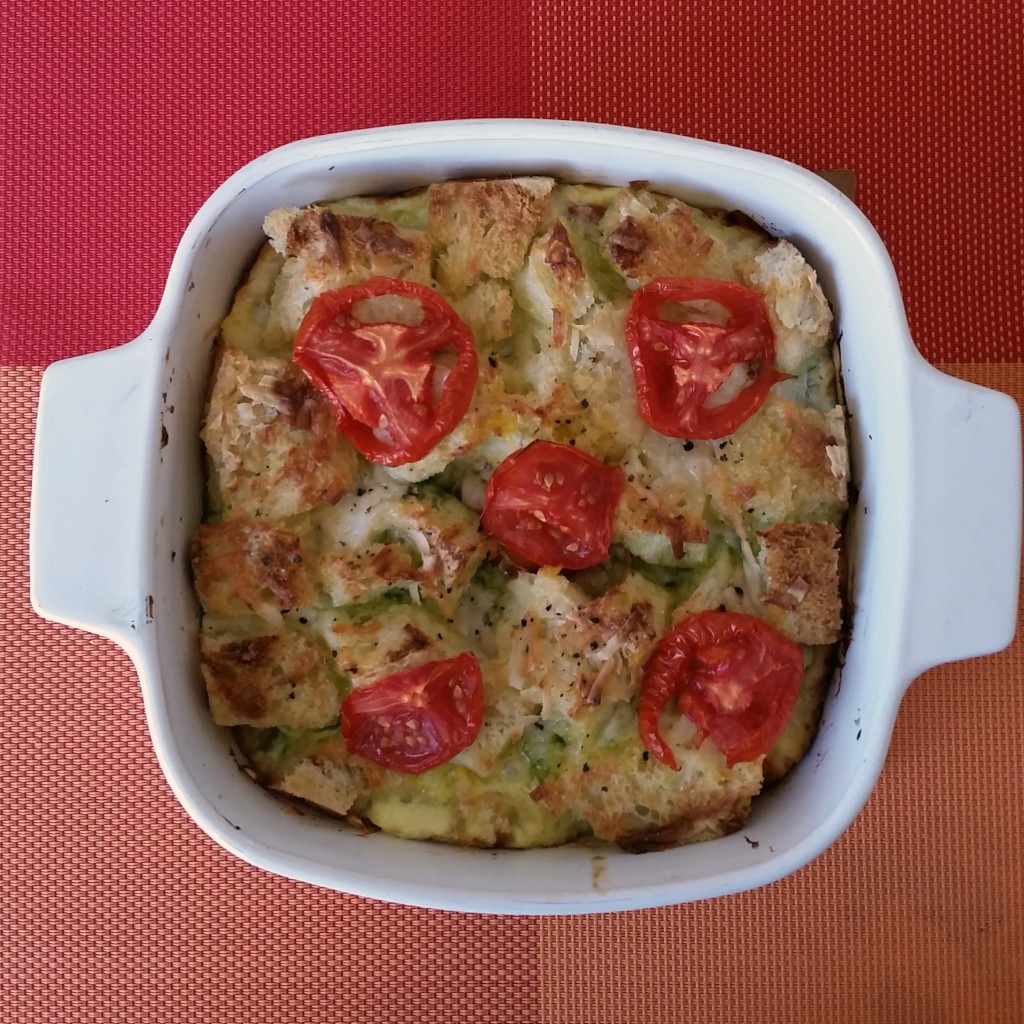 END_OF_DOCUMENT_TOKEN_TO_BE_REPLACED

Weekend prior, I had made a pitcher of delicious Thai basil sangria for a gathering I co-hosted. (The drink was a hit and disappeared within the hour, thank you Food & Wine!) I found myself with still quite a bit of left over basil, as well as a bunch of fresh mint that was left from a yogurt-mint sauce I prepared for lamb kabobs. (More on those at another point; I discovered the lamb mix also makes for an excellent meatloaf, while the mint-yogurt sauce serves as a fantastic marinade for chicken).

So, with all those fresh herbs, I made a pesto. The recipe is a combination of several different recipes I found online. A lot of the pesto recipes using the more spicy Thai basil also called for the addition of fish sauce; generally, I love the phish sauce – especially in a bowl of vermicelli noodles at a phở joint – but I wanted to keep the recipe as simple and vegan friendly as possible. Myself, I’m an omnivore, but I like to try and make sure that I can prepare at least a few good things that would be absolutely OK to serve to some of my vegan friends.

Put all the ingredients in a food processor and chop’n’grind. That’s it. Keep refrigerated.

Things you can do with the pesto: EVERYTHING. It’s so nomnom delicious. So far, I’ve had it on chicken, on a pesto and cheese sandwich, and this morning with some poached eggs & Hollandaise on an English muffin. Let me know how you like it! 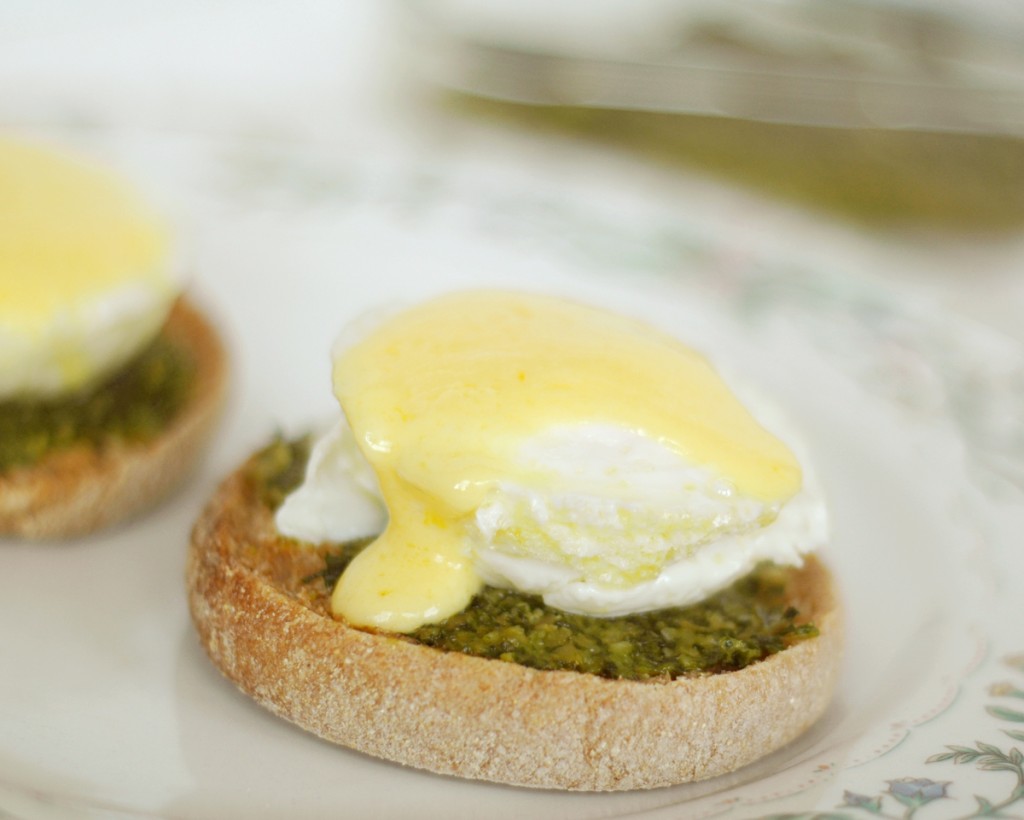 When bread pudding calls, you answer

Yesterday afternoon I took my mom to tea and food at a recently opened flower shop & tea room. We shared some sandwiches, lentil soup, cookies and jam, over hot cups of tea. The portions were huge and the tea selection is small but covers all the bases. I had a strong black tea with cardamom, mom had a borage flower and lavender brew. It was pouring rain by the time we got out and our plans to go to see a movie changed when my mom realized she forgot her glasses at home. So we decided it’s a sign that we should part ways and go home and be dry and warm.

On the way home I got the urge to make a bread pudding (omg, I totally just wrote brain pudding), partly inspired by a friend misreading another friend’s tweet (she said “afternoon pubbing,” but somehow it became “afternoon pudding”). So I gave in to the urge and made this when I got home. 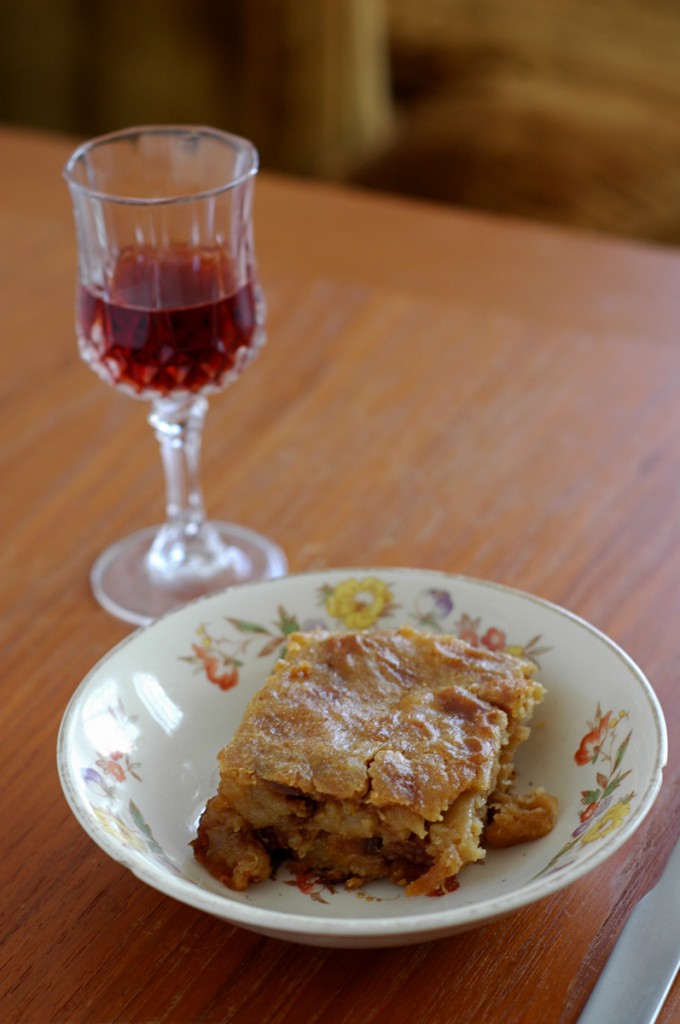 Bread pudding is one of those desserts that has the most rewarding ease:tastiness ratio. It’s also dangerous. I could eat the entire pan in one sitting. This blog post has a recipe for a NOLA bread pudding with a cognac sauce served as the basis, but I also made some substitutions.

Preheat the oven to 350F. Scald the milk lightly (no film!), melt the butter in the milk, then stir in sugar until well mixed. Let cool slightly and pour the mixture over the cubed bread and the apricots (make sure to squeeze out the excess water from the apricots after soaking/before adding to the bread). Let the mixture sit for about 10-15 minutes. Beat the 2 eggs, then stir in the salt, nutmeg, vanilla extract and the cognac. Mix well and then fold into the soaked bread and apricot mixture. Pour the mix into a well greased baking dish (I used a square 2L baking pan). Bake 35-45 minutes until the top is golden brown and a toothpick or knife inserted into the bread pudding comes out mostly clean. I didn’t make a sauce to go with it because for me that’d just be too decadent, but the blog I linked has a great recipe for a cognac sweet sauce that would pair well with the pudding.