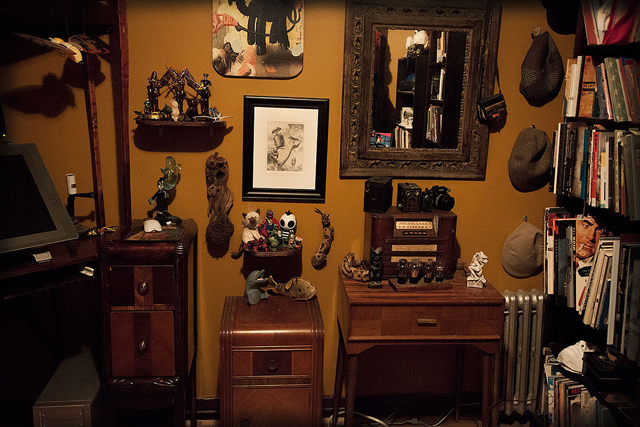 In response to the threats of growing consumerism, advocacy for minimized living is a popular topic among bloggers, life coaches and journalists. A few months ago, entrepreneur Graham HillÂ wrote an opinion pieceÂ forÂ The New York TimesÂ about his journey from excess to simplicity.Â A hotly debated article, it resonated with some and was panned by others, with Richard Kim ofÂ The NationÂ going so far as to call itÂ â€œa majestic display of guileless narcissism.â€Â The trouble with some of the advice urging us to simplify and reduce is that the process of havingÂ lessÂ can become just as needlessly competitive and aspirational as the pursuit and accumulation ofÂ more. Whether filling life with stuff or striving for minimalism, itâ€™s important to first acknowledge our intellectual and emotional connection to objects. Getting rid of some belongings without a little bit of soul searching wonâ€™t always lead to somehow feeling lighter. Just think about the invisible accumulation that is a very new symptom of the times we live in: digital clutter rules our lives a lot more, but because it isnâ€™t as prominent or tangible, itâ€™s a way of expression that doesnâ€™t get examined as frequently. END_OF_DOCUMENT_TOKEN_TO_BE_REPLACED