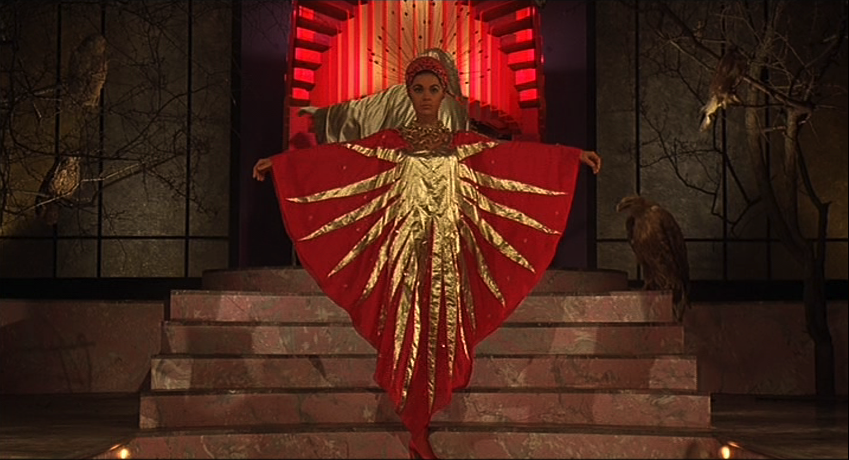 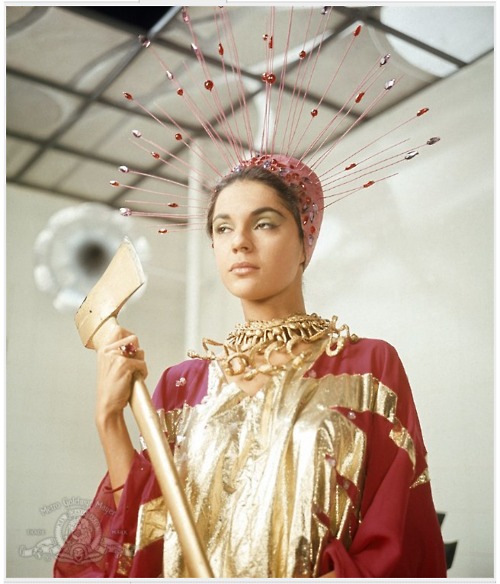 Resplendent in red & gold, with an incredible headdress.
(splatterpictures.net) 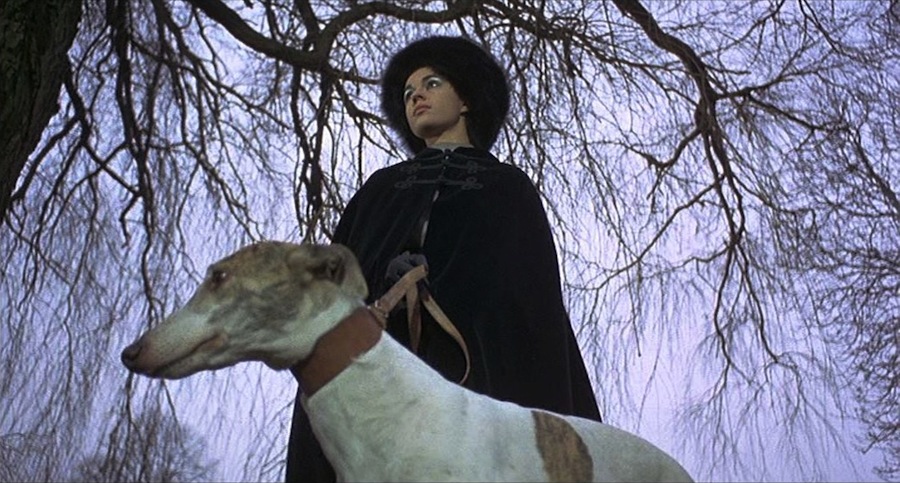 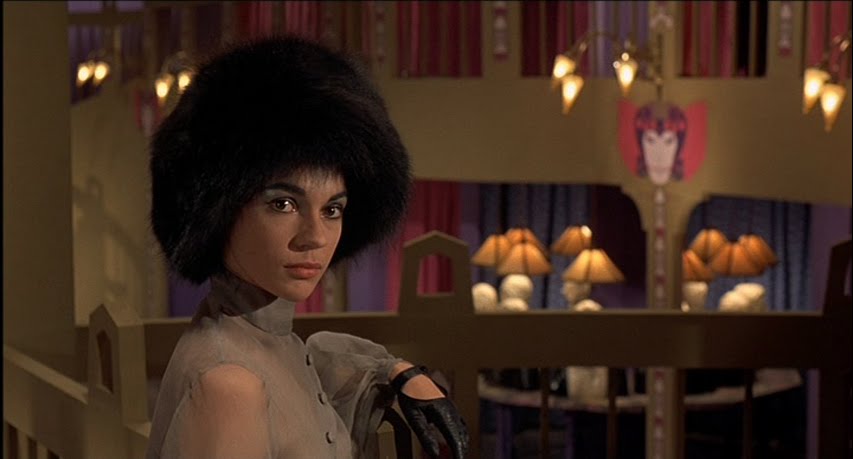 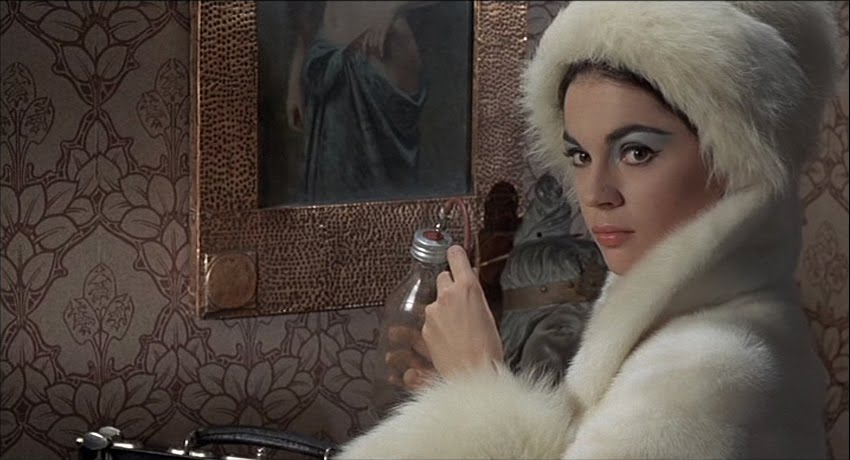 Butter yellow dress, with gold trim, and what looks like a gold snood? Yes!!!
(amplesalty.tumblr.com) 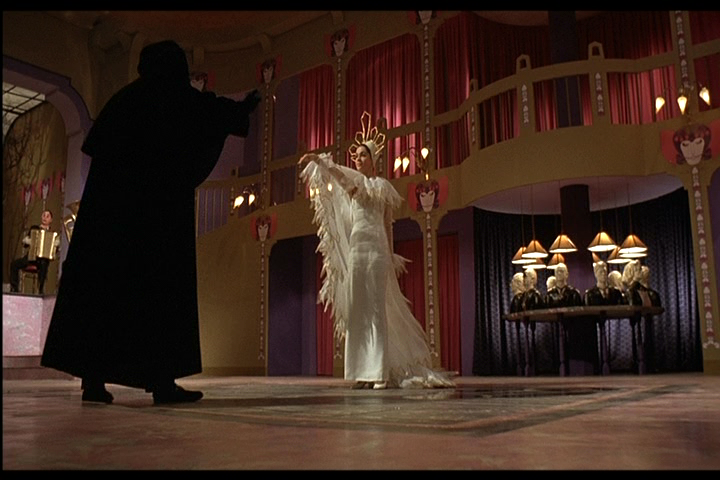 A very helpful YouTuber put together an edit of some Vulnavia moments:

Of movie villains and their assistants, whose style do you love?Â