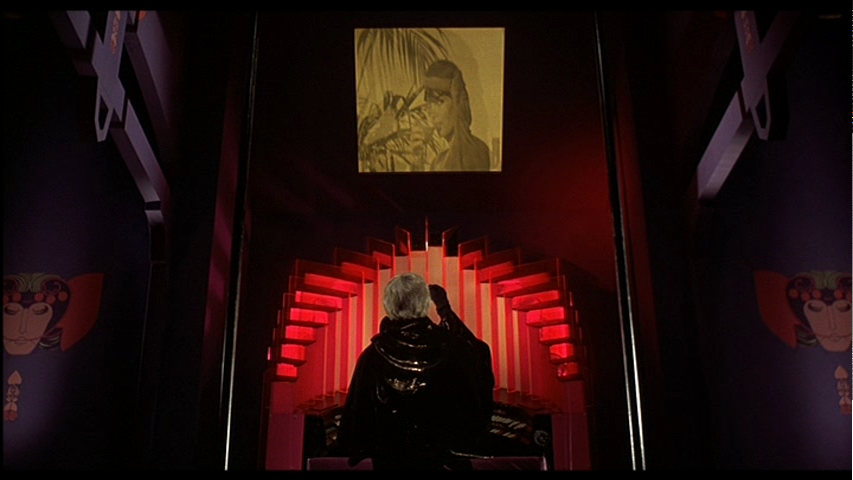 If you are planning on spending some time this Valentineâ€™s Day watching a movie, whether in the comfort of your own company, or with a sweetheart or friend, Iâ€™d like to recommend The Abominable Dr. Phibes for your eveningâ€™s selection. In this cult horror classic directed by Robert Fruest, screen legend Vincent Price is the eponymous Dr. Phibes, a reclusive genius who can build incredible musical automatons, play a mean organ, waltz till the cows come home, and still manage to exact his carefully cultivated plan of vengeance, all while wearing great capes. 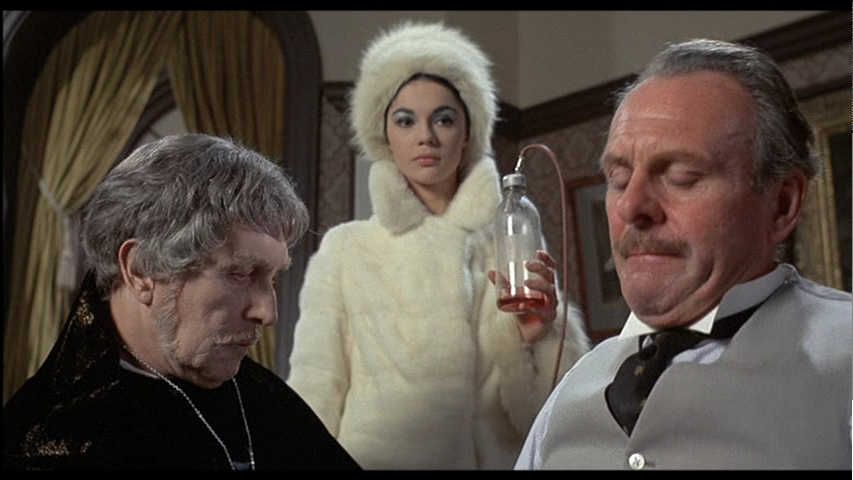 Assisted by his stylish, silent accomplice Vulnavia (Virginia North), Phibes carries out murderous revenge, styled (if a little loosely) after the Ten Plagues of Egypt, on the various medical professionals he believes botched his wifeâ€™s medical treatment and caused her untimely death.

At first, I was going to talk about the film in a straight forward, plot recap and analysis sort of way. But as I was rewatching the movie for my favorite moments to screencap, I realized that at its heart, The Abominable Dr. Phibes isnâ€™t just a farcical horror movie but a love story and Phibes its not-quite-dashing romantic hero. To that end Iâ€™ve put together a list of nine reasons I think he would actually make a pretty good Valentineâ€™s date.

9. Even with his busy schedule, he still pauses to appreciate the little things in life
Revenge is serious work. Phibes had been planning his scheme for a long while, from gathering the necessary resources and building specialized equipment, to making sure that he is at the right place at the right time. Amid it all, he still manages to carve out time for some simple pleasures, such as admiring daisies in a field and waltzing with Vulnavia. 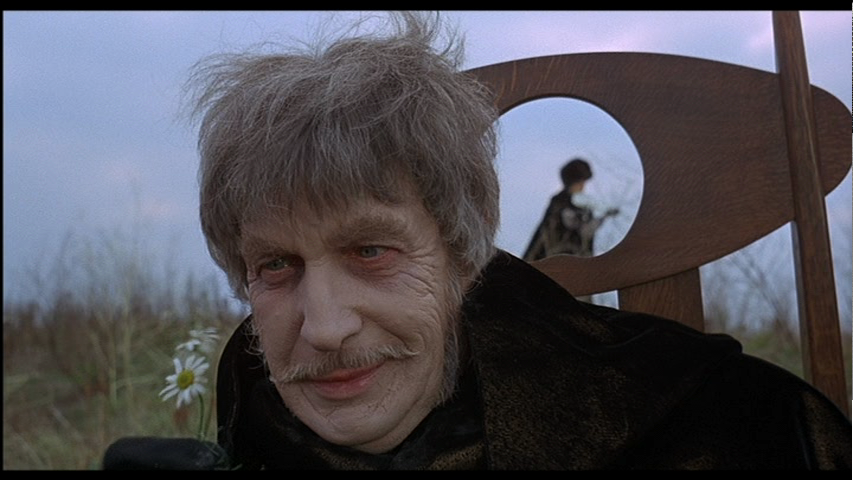 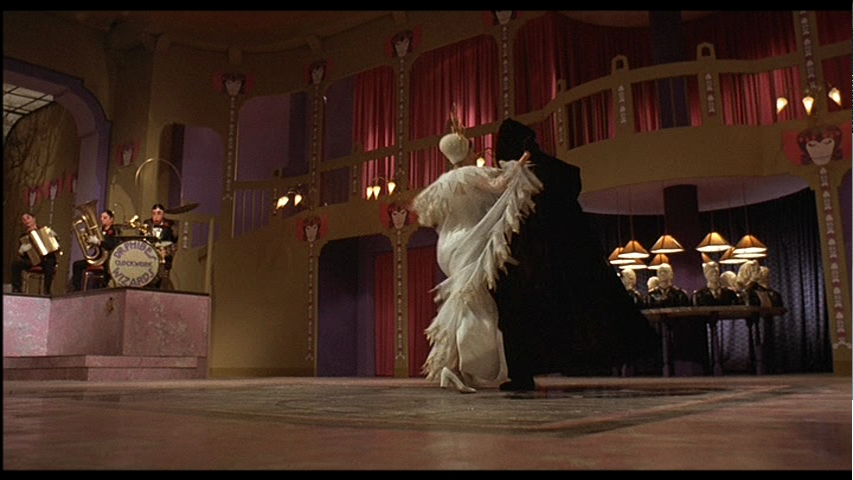 8. He has a sense of humor, both ironic and whimsical
Phibesâ€™ interpretation of the 10 plagues is somewhatâ€¦ creativeâ€¦ and he manages to sneak in little bits here or there for his own amusement. Dr. Hargreaves meets Phibes at a masked ball and is offered a jewel encrusted frog mask to wear. Introducing himself to Phibes, Hargreaves says, â€œIâ€™m a psychiatristâ€¦ A headshrinker!â€ Considering that the frog mask is mechanical and ends up crushing Hargreavesâ€™ skull, I imagine Phibes going back to his mansion and giggling to himself, â€œHe said he was a head shrinkerâ€¦ so I shrunk his head!â€ 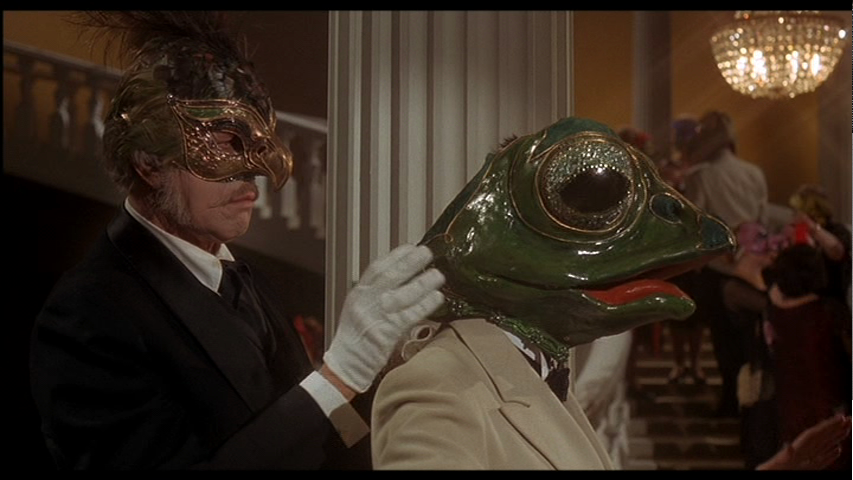 When Dr. Witcombe meets his sudden demise getting pinned to a wall by a unicorn head, itâ€™s the interpretation of the plague of beasts. Honestly, Phibes could have gone in so many directions with that one, but he chose a shiny UNICORN. Delightful! 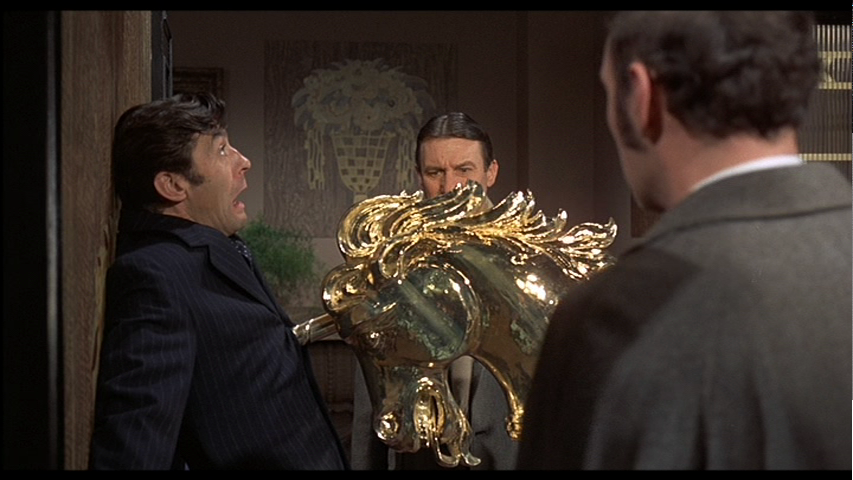 â€œA brass unicorn has been catapulted across a London street and impaled an eminent surgeon.â€

7. Phibes has refined tastes, so he will spare no expense for an unforgettable evening 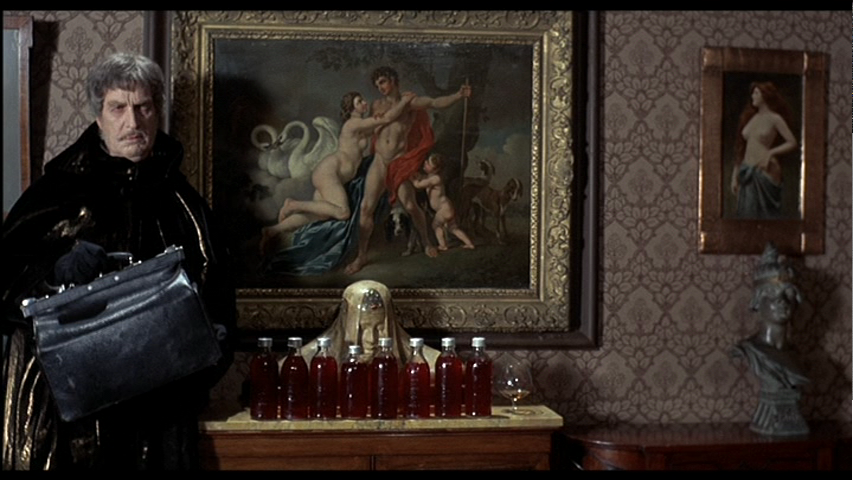 Phibes does not approve of your art

First of all, Phibes has NO patience for bad art. Secondly, heâ€™s a an impeccable showman, if his grandiose revenge is any indication. He has an eye for detail and is quite a perfectionist in every single way. When he and Vulnavia are preparing the Brussels sprout juice to use in his plague of locusts, even though the locusts wouldnâ€™t care at all, he still carefully selects only the finest, freshest and most delicious looking veggies, tossing anything less than perfect aside. 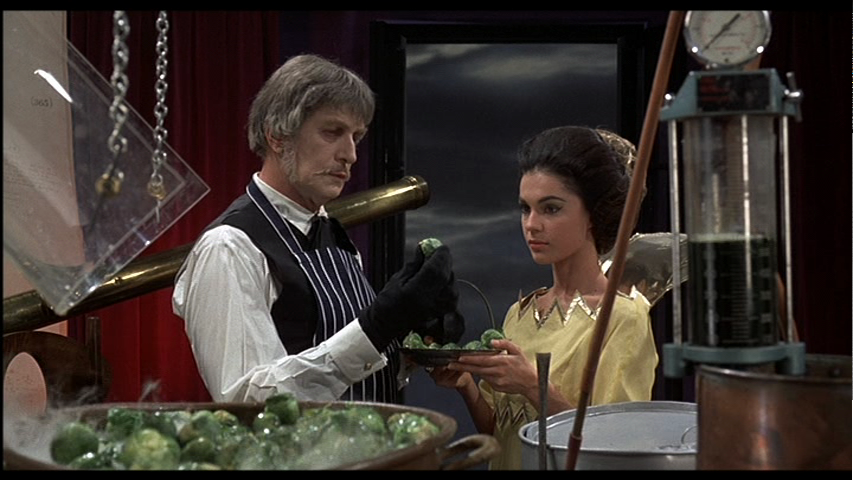 There is a method to this, and we simply arenâ€™t brilliant enough to see it

When it comes to your date, you can be certain that the good Doctor will make sure you have a lovely meal, beautiful atmosphere, ever flowing champagne, and music you can dance to. All spotlight will be on you, perhaps even quite literally because Phibes will probably bring a spotlight with flattering tinted gels to make you look all magical and stuff. 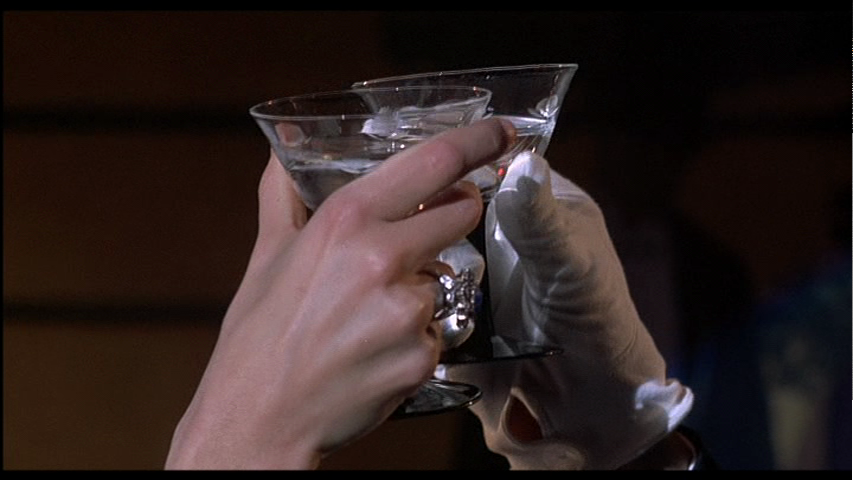 A toast to poetry, beauty and bloody revenge 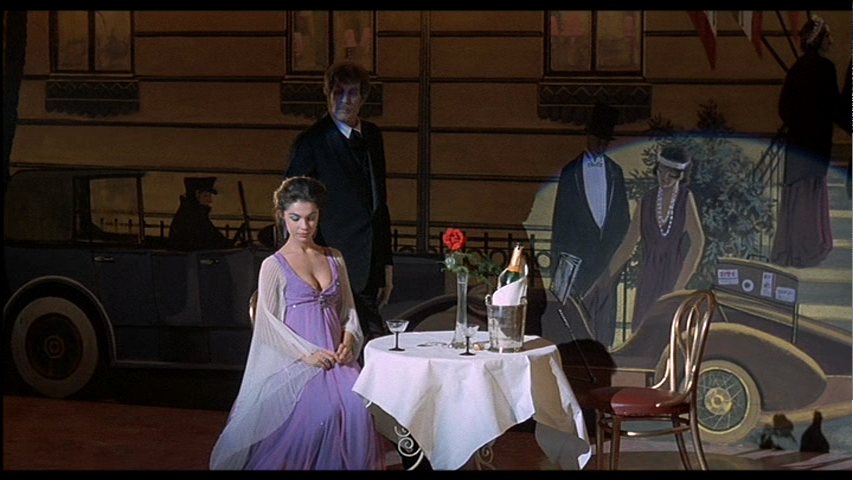 6. He is generous with his gifts

Do you want a creepy music box doll? Phibes will get it for you. Do you want jewelry fit for ancient royalty? No problem. Do you want some rare animals like bats or locusts imported? You probably shouldnâ€™t ask for that because itâ€™s not legal or particularly humane, but if you really need it, Phibes has got you covered. 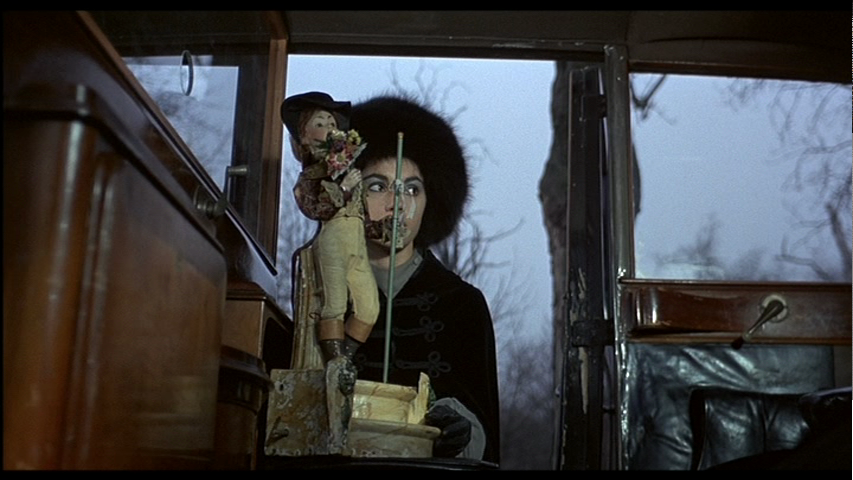 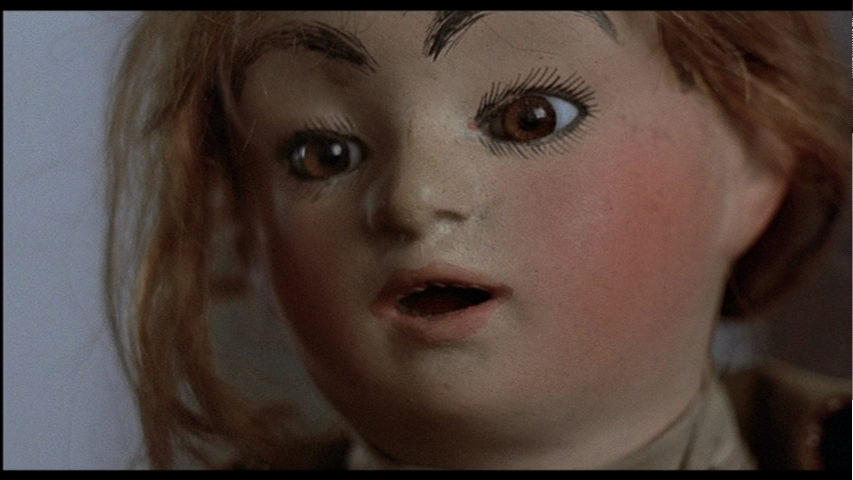 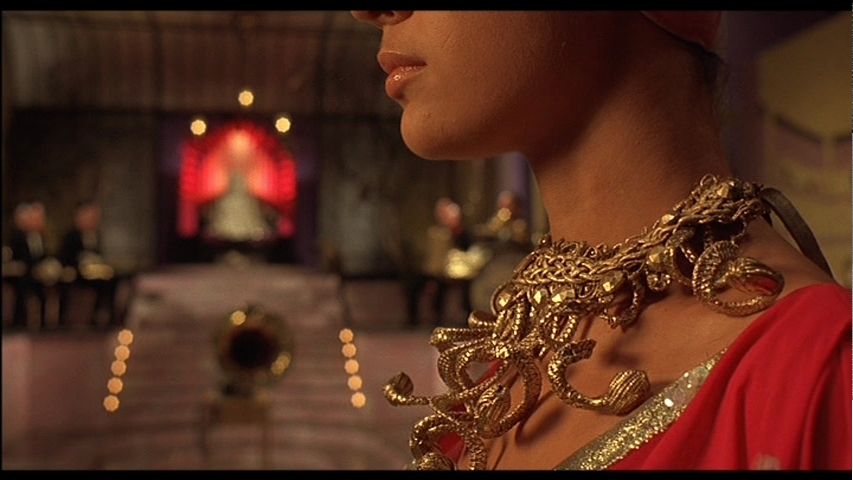 5. He puts stock in personal grooming

Poor Dr. Phibes, his face has been mangled due to his fiery car crash, and he will never be the man he once was, both physically and emotionally. He lives in seclusion and Vulnavia canâ€™t be shocked by anything, yet Phibes still gets up every morning (or every night, because heâ€™s probably nocturnal) and puts on his wig, his fake face, and adjusts his cuff links because no matter the circumstances, he knows youâ€™ve got to always put your best face forward. (Pun intended.) 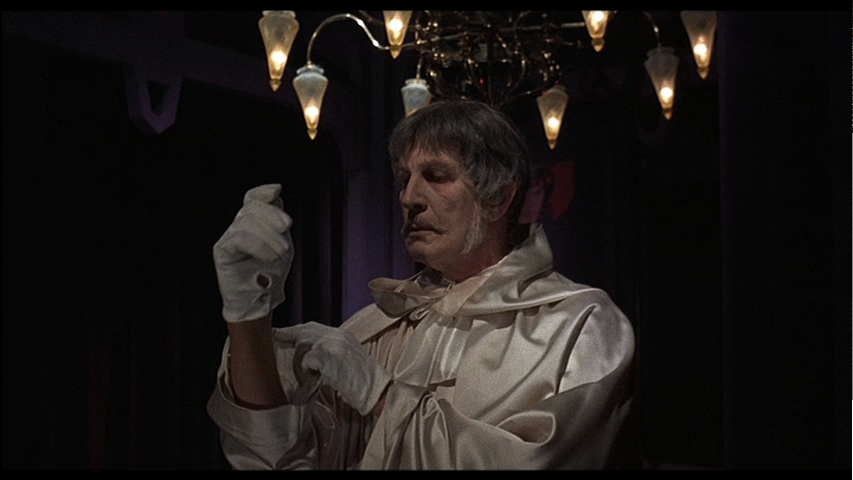 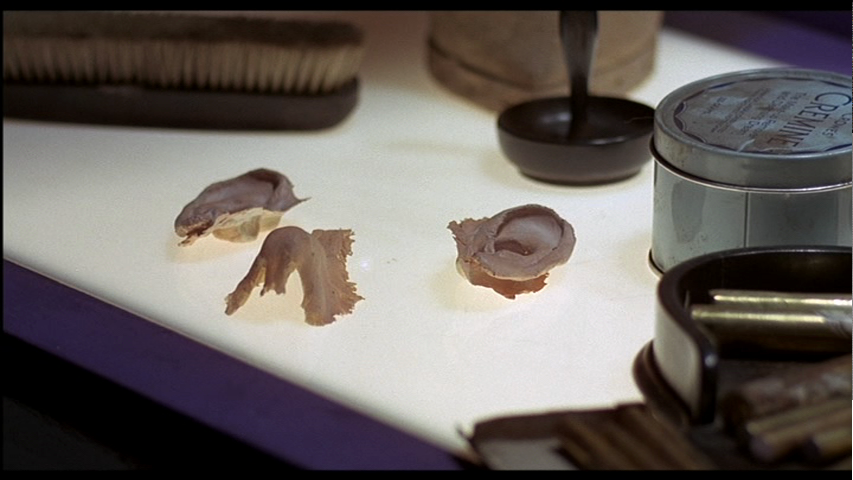 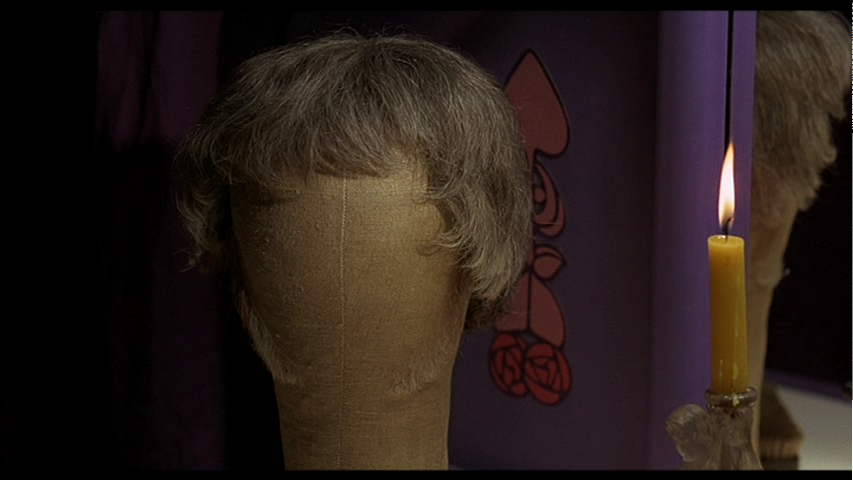 4. He doesnâ€™t dominate conversation, but when he does speak, itâ€™s meaningful 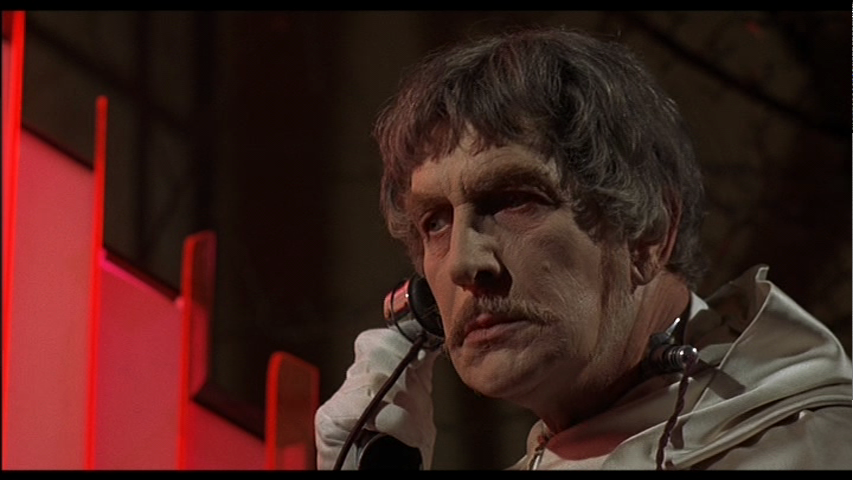 Hello, I would like a large pizza, with anchovies and caviar, please. Extra cheese. 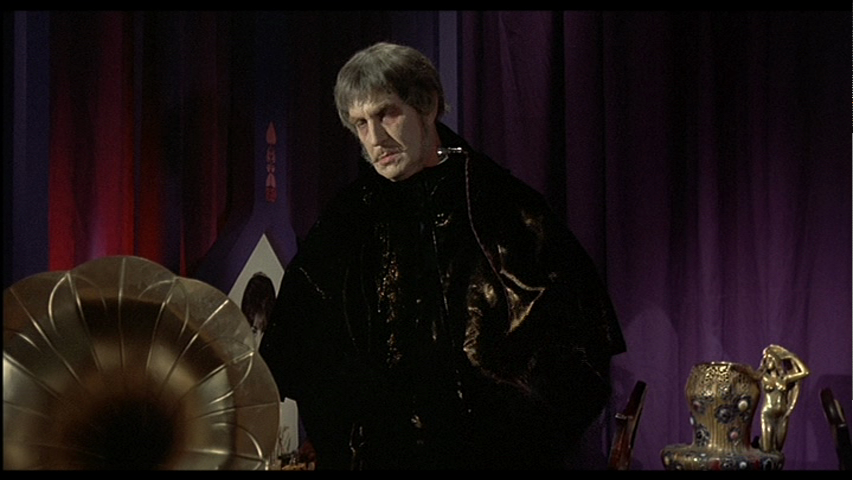 Phibes mostly expresses himself through his actions, and through his music. Still, sometimes he has to express himself in words, and when he does, he is poetic. Having lost his ability to speak due to his accident, heâ€™s constructed a system thatâ€™s basically allowed him to plug himself into speakers so that he could talk without using his mouth. And when he talks, which is usually in a solitary moment when he is overcome with emotion, you can expect it to be special:

â€œWhere can we find two better hemispheres, without sharp north, without declining west? My face in thine eye, thine in mine appears, and true plain hearts do in thee faces rest. Within twenty-four hours, my work will be finished, and then, my precious jewel, I will join you in your setting. We shall be reunited forever in a secluded corner of the great elysian field of the beautiful beyond!â€

3. He is a Renaissance man with diverse interests and knowledge

Dr. Phibes is a skilled musician, he has a PhD in Theology, heâ€™s traveled the world, he knows loads about exotic animals, he is a builder and tinkerer. Spending time with him would never be boring; in fact, it might be quite enlightening. 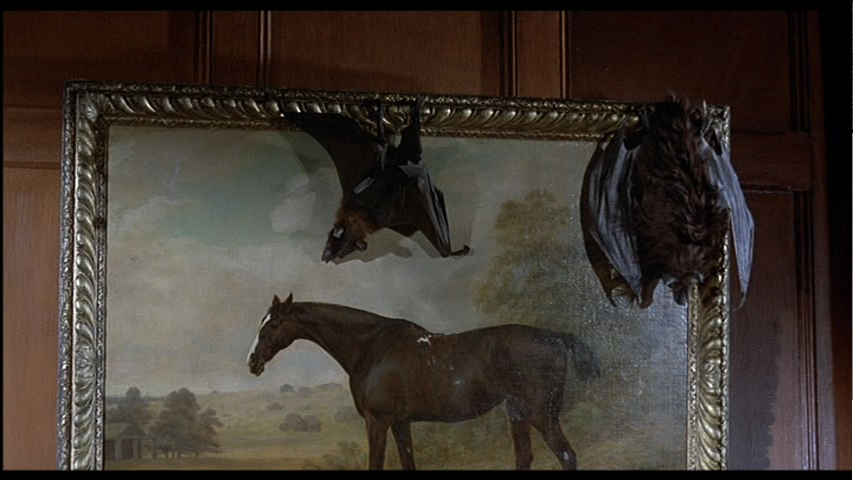 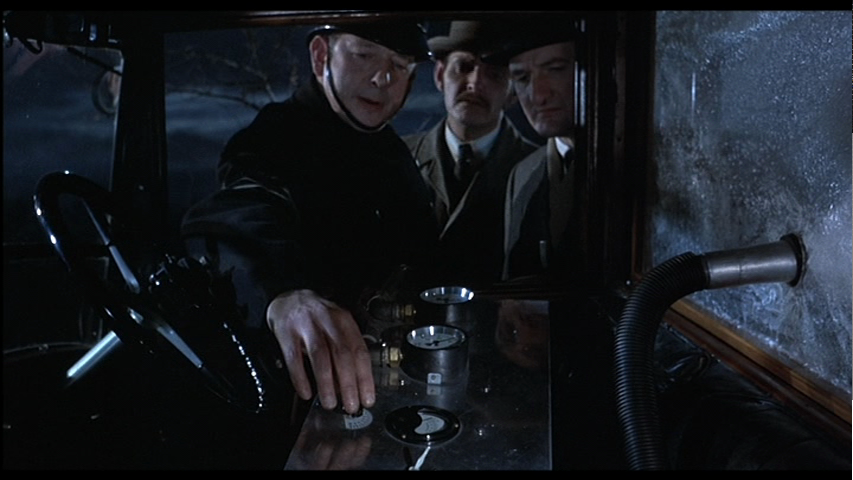 Check out this thing Phibes built. It does stuff. 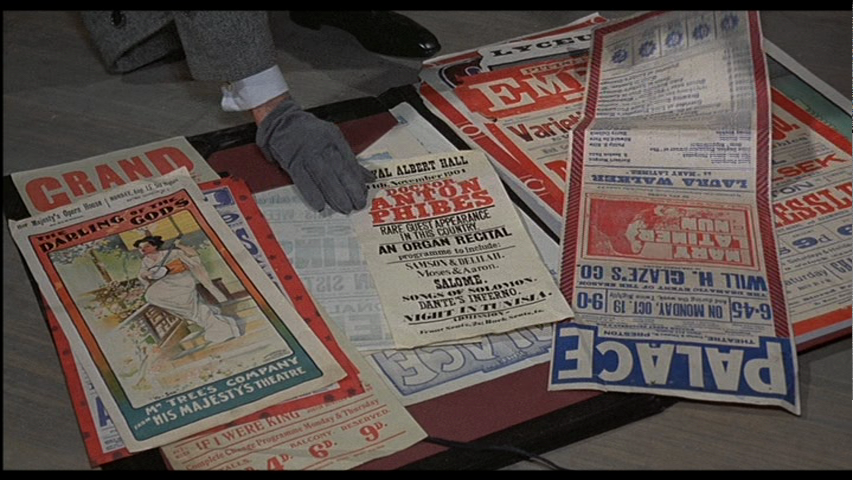 2. Heâ€™s steadfast: once he makes a plan, he sticks to it no matter what 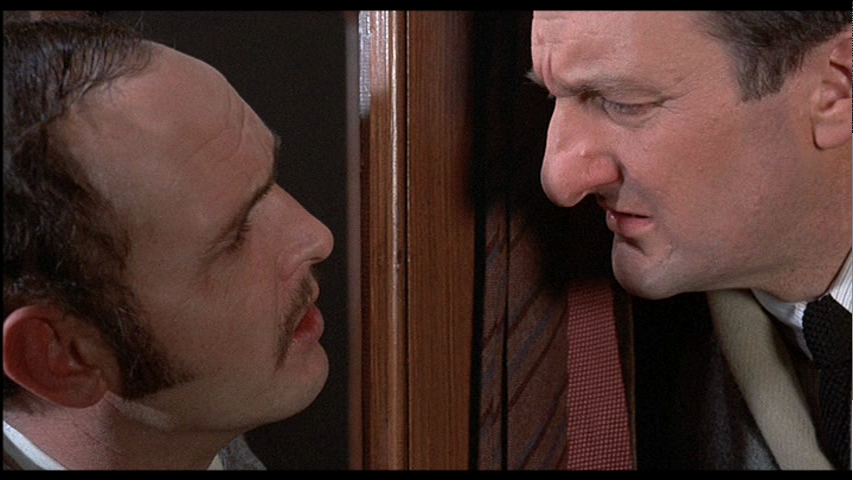 Pardon me, I was hoping you might tell me how I could get a clue

It seems that everyone in this movie is incompetent, excepting Phibes and Vulnavia. The detectives scamper about, argue with each other, and show up at crime scenes far too late. Phibes, on the other hand, proceeds undeterred. And at the end, even as he knows his time is running out, he still doesnâ€™t veer off course. Even when confronting the man he considers his ultimate enemy, Dr. Vesalius, Phibes doesnâ€™t allow any amount of pleading or arguing deter him. This is perhaps a quality that could be a drawback, but in this case, Phibes knows the stakes â€“ the police are at his door and his last act could very well backfire â€“ and he shows his dedicated character. In a world full of flaky people, being consistent, methodical and reliable is a rare quality. 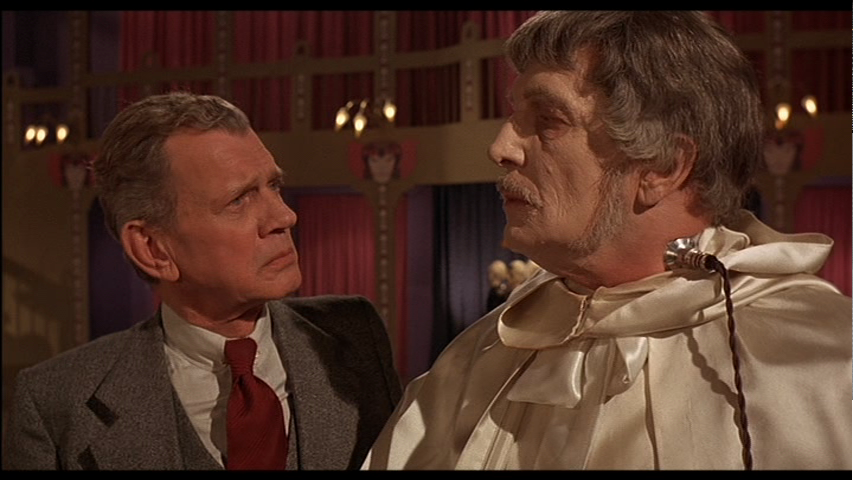 â€œNine killed you! Nine shall die! Nine eternities in DOOM!â€

1. If you are a good match, his love and devotion will know no limits

There is a catch with Dr. Phibes: heâ€™s still not over his wife, may she rest in peace. This might make my entire list moot, but letâ€™s just consider it in the general scheme of things. Phibes, if he really feels something, he FEELS it. And if you just happened to be the right one for him, you could rest assured that his feelings for you would be unwavering. In fact, they might even be eternal. 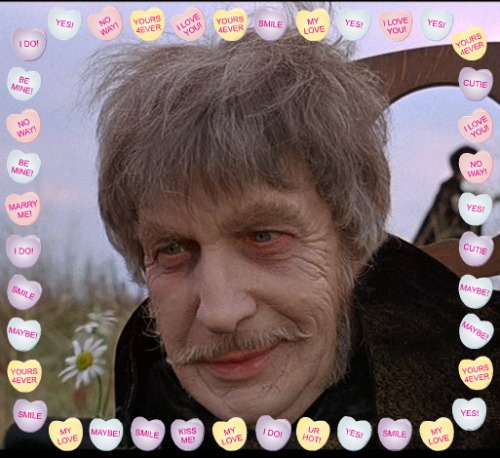